The joy of timeboxed meetings 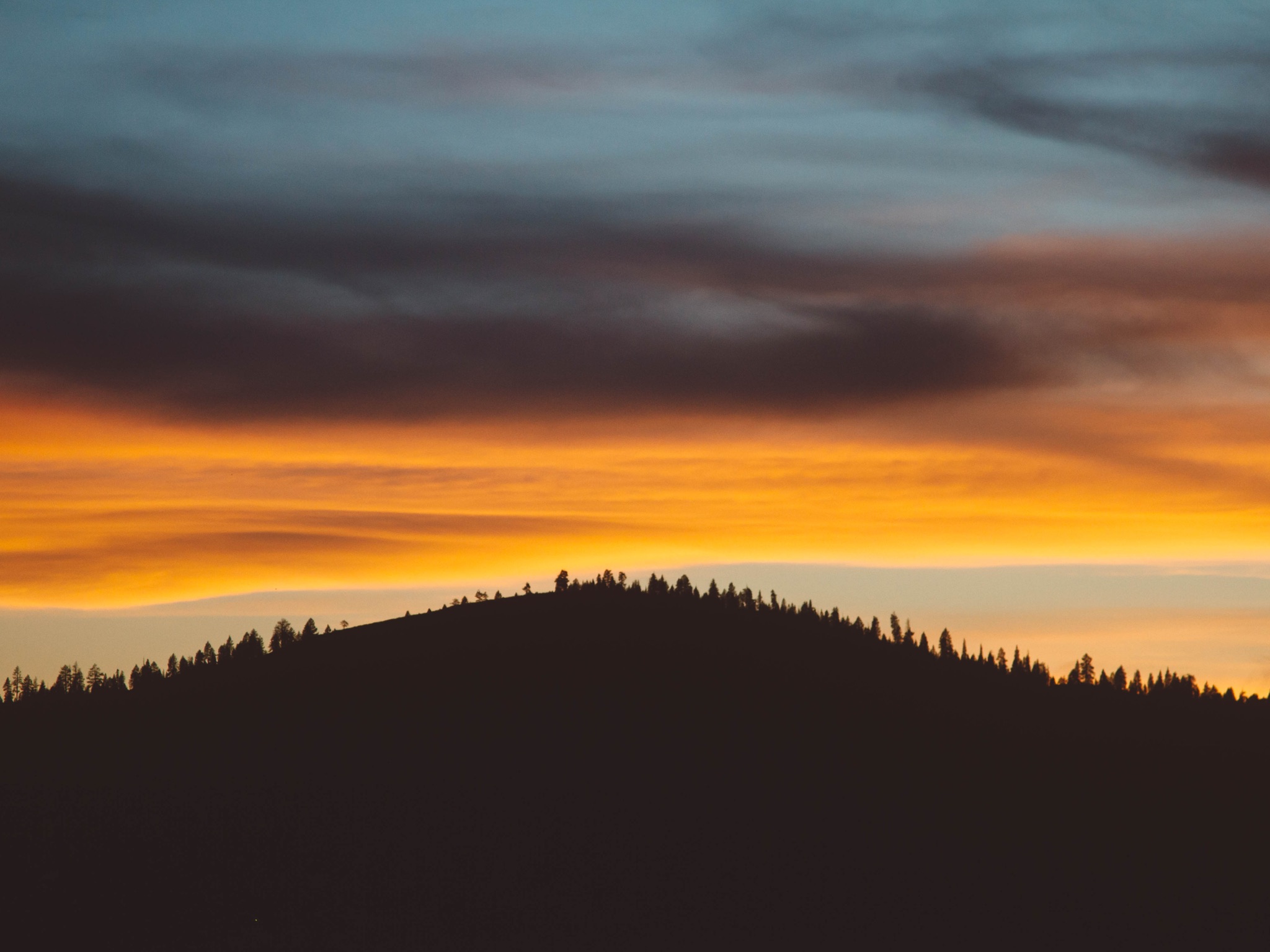 I can clearly remember my first ever meeting. I was excited about being a part of it. It was an important meeting with a select group of key decision makers, business owners, major stakeholders, and me. My manager was ill that day so I was injected in to the meeting to represent the web team. I knew nothing about what we were to discuss, and certainly had no preparation time, so I was a seat filler. But still, it was a big meeting and a first for me, so I was enthusiastic even if I was little more than meeting meat.

This enthusiasm dwindled throughout the next four hours as I witnessed people discuss, as far as I could tell, nothing. Points were repeated ad nauseum, people had monologues for no apparent reason other than to be heard and discussions moved in infinite circles. By the end of the meeting absolutely nothing had been decided except than another meeting was necessary.

By the tail end of this prolonged catchup I was staring out the window feeling intense envy towards all the people I could see walking around outside unaware of the mental torture being inflicted on me in this stuffy room. They could feel the air on their cheeks, hear the birds in the trees and remember what joy was; all things that I had long forgotten.

As a result, I had come to dread meetings. But over time I found some methods of making them more productive and easier to endure.

I noticed that people’s eyes started to glaze over after the hour mark at meetings, and people were definitely mentally disengaged a half hour later. This graph demonstrates people’s attention span in the meetings: 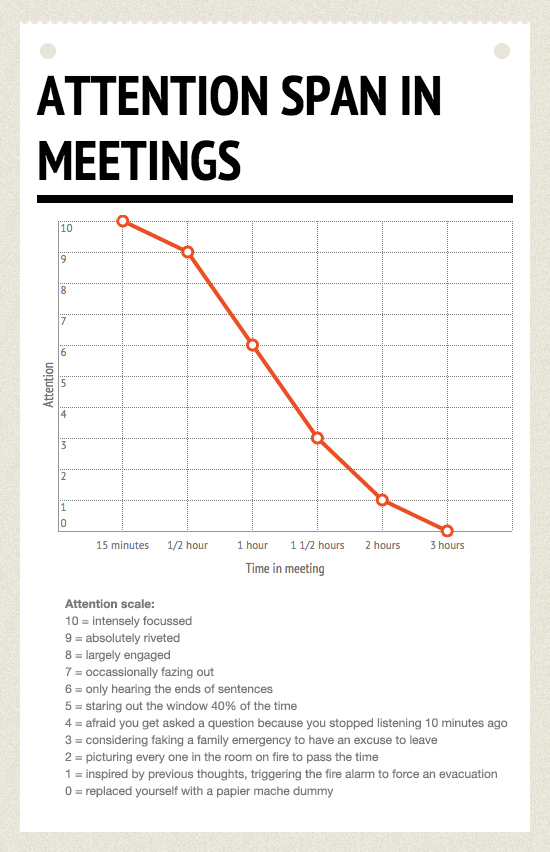 So ensuring there is a timebox applied to each meeting is just one of the ways you can make it more concise, and therefore more productive. It also helps protect against being Colombo-ed. Anyone who remembers the legendary Colombo will also recall how he always had “just one more thing” to bring up when his interviewee thought the interrogation was over. I have seen this in meetings many times, everyone is closing notebooks, shuffling papers and generally making motions to leave, but someone decides that’s a good time to Colombo the meeting, to bring up “just one more thing”. A strict timebox gives you the opportunity to nip that in the bud, much like Norm from Cheers: 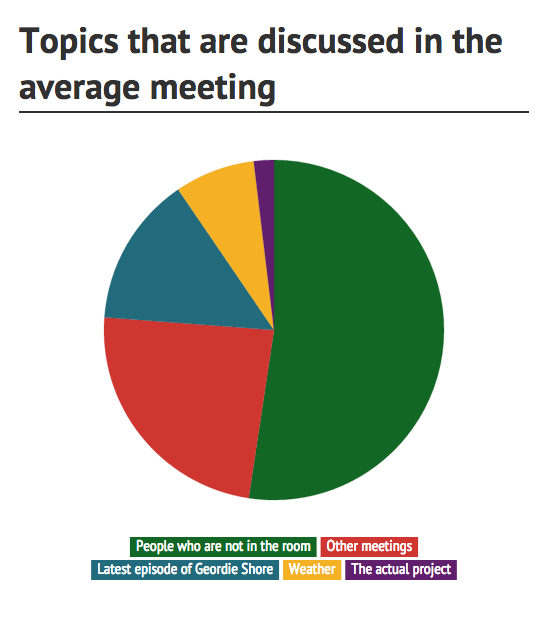 When I was first introduced to Scrum I was pleased to see that each meeting had a very clear agenda. I was even more pleased to see that the four prescribed meetings were in place to help avoid other surprise meetings throughout the duration of a Sprint. I was nearly ecstatic when I saw that these meetings were all strictly timeboxed, and one of them was a mere 15 minutes long!

Going in to a Scrum meeting you know what you need to achieve and the maximum amount of time you have to achieve it. I have seen situations where teams have not gone through everything they wanted to at a meeting and felt the desire to keep going past the timebox. It’s tempting to let this happen, but calling a close to the meeting regardless of whether the team has achieved what they intended or not means that the next time the meeting rolls around, they will be more mindful of the time they have at their disposal.

Daily Standups are a great example of timeboxing in action. I have seen people sit down and get comfortable at Standups, arrive late, talk in circles, get in to too much technical detail and talk about work that is not a part of a Sprint. All of this obviously leads to a Standup that stretches far beyond it’s 15 minute timebox, and it quickly becomes a meeting that people resent attending as they know it’s going to carry on for an undetermined length. But if you cut it off at the 15 minute mark regardless of what is happening, people will learn to be more concise and stick to what they need to discuss to ensure everyone knows what they need to do, what everyone else is doing, and the general state of the Sprint.

How do you make sure timeboxes are been adhered to? I have learned through experience that it is unwise to throw projectiles at people if they seem to be going to deep in to the detail, as that can lead to minor injuries and unpleasant lawsuits. Tazers are generally frowned upon, as are most violent means. Ideally the team will police themselves at meetings, and call each other out if needed. They need to feel like they can do so, and may need help to get comfortable with it. But once they do, and the meetings are productive and complete within the timebox, then it should be a meeting that people want to attend rather than avoid. 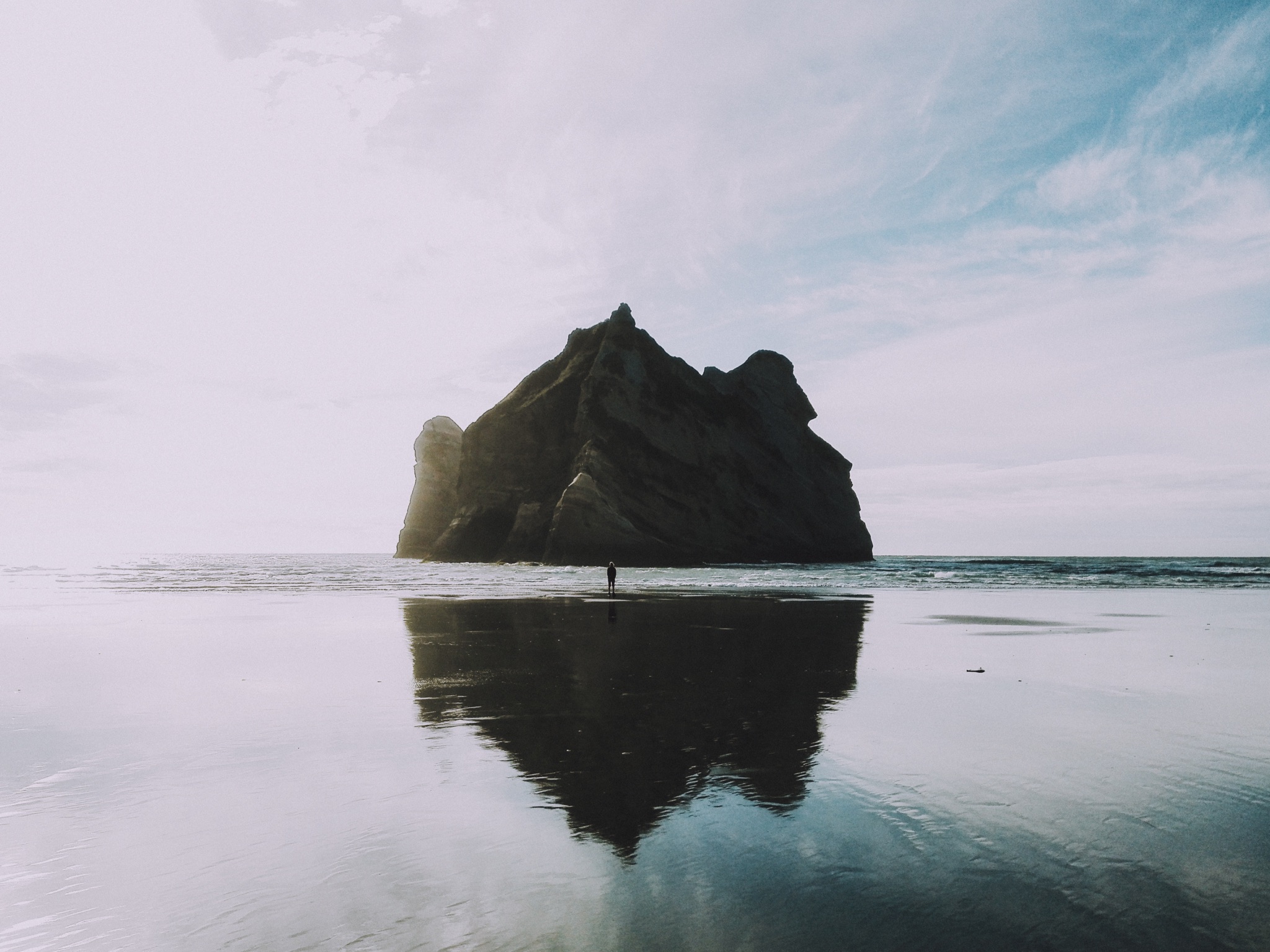 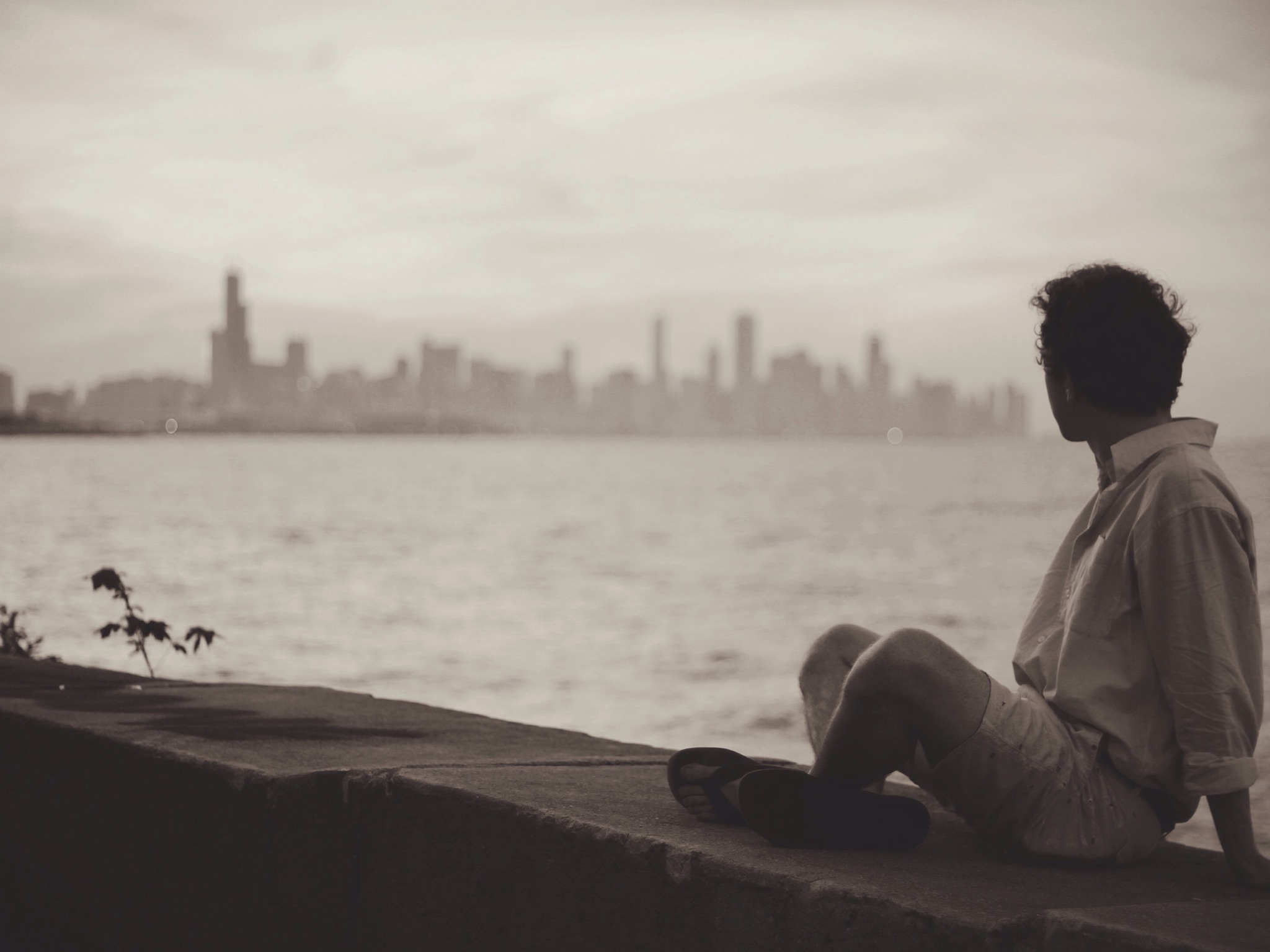