The OWASP New Zealand Day conference was a wide-ranging, thought-provoking and at times eye-opening look at web application security. Here are a few technical tips, ethical considerations and historical insights from the day.

Web application security has become a major topic in web development over the last few years. This is in large part due to the efforts of the Open Web Application Security Project. OWASP is a key part of the growing and vibrant app security community. Over the last two decades, OWASP has held conferences and events all over the world. Here in Aotearoa, the NZ OWASP chapter recently held their 11th edition of OWASP New Zealand Day. The conference was held on Friday 21st February at the University of Auckland’s Business School.

For a broader perspective, check out our guide to Security in Agile software development.

Looking back at the history of infosec

Things started strong with Jim Manico’s keynote, The Abridged History of Application Security. He took a long historical view, even looking back to the development of WWII-era decryption device the Bombe as an early example of pen-testing. This enabled him to demonstrate the big improvements that the field has seen over time. Jim’s presentation covered a lot of ground, but here’s a brief overview of some of his infosec history key points:

This was a speedy but deep dive into the history of the infosec field! Jim was a dynamic and entertaining speaker who kicked off the conference in style.

Kirk Jackson’s overview of the OWASP Top Ten was a very useful talk for the developers in the audience. The Top Ten, one of OWASP’s flagship projects, lists the most critical security risks in web applications. Most devs will be familiar with at least some of these risks. SQL injection at number 1 is one of the most well-known. But some risks, like XML External Entities (XXE), are a bit fuzzier. Kirk’s demos of several of the Top Ten showed, among other things, how you can exploit XML to cause out-of-memory errors and how broken access control can lead to data being inadvertently exposed. He stressed the need for good logging and monitoring. You can’t react to attacks you don’t know about!

Similarly, later in the day, Sergey Ozernikov presented a lot of practical advice for web developers in Fighting an Uneven Battle: Simplicity versus Complexity in Web App Security. Some of his top tips were:

Technology is neither good nor bad, nor is it neutral. — Melvin Kranzberg

Petra Jane’s What’s the Worst That Could Happen? was a powerful talk. She looked at the dark side of technology: how it can be used, purposefully or not, to cause real harm to people.

Some of the examples she cited are well-known. Uber’s self-driving car killing a pedestrian and the use of Pegasus spyware against Washington Post journalist Jamal Khashoggi for example. But I was particularly struck by her discussion of how the London Metropolitan Police has recently used AI to recognise criminals. While the AI did successfully recognise criminals, what is less well-known is that it had an astonishing 96% false positive rate! The AI was also quite poor at distinguishing between non-white people. It had a near-100% accuracy for white men but this dropped to ~70% for women of colour. Between these two issues, a huge number of innocent people—overwhelmingly racial minorities—were introduced into police systems. This is a well-needed reminder of just how high the stakes are with technology of this kind.

And more generally, how can we work to ensure that the technology we create is safe and secure? The STRIDE model is a key reference point here. But as Petra pointed out, it has a major flaw: the model relies on our imagination. Unfortunately, as humans, we don’t know what we don’t know, and we’re not good at acknowledging our biases. As such, having a diverse team to assess risks is crucial.

Karaitiana Taiuru gave a cross-cultural perspective in Māori Cultural and Ethical Considerations in Information Security. Karaitiana talked about changing expectations around Maori culture, Māori activism online, and vigilante developers & hackers. The concept of data as a taonga was central to his talk, as well as the idea of digital colonisation. Karaitiana highlighted that there is a huge need to codify how data will be collected, maintained and used, and to make sure that data use adheres to the principles of Te Tiriti.

Karaitiana also discussed the newly-redesigned OWASP NZ logo (pictured below). While he declared himself in favour of the logo, appreciating its incorporation of biculturalism, he described how it has an unintended double meaning: there’s a link between wasps and protection, but there’s also an association between wasps/fleas/other similar insects and the malevolent god Whiro, who fought Tane Mahuta.

A special thanks to OWASP New Zealand for covering my flights to the conference as part of their diversity programme!

Biculturalism in tech: Using te reo in the workplace — a beginner’s guide 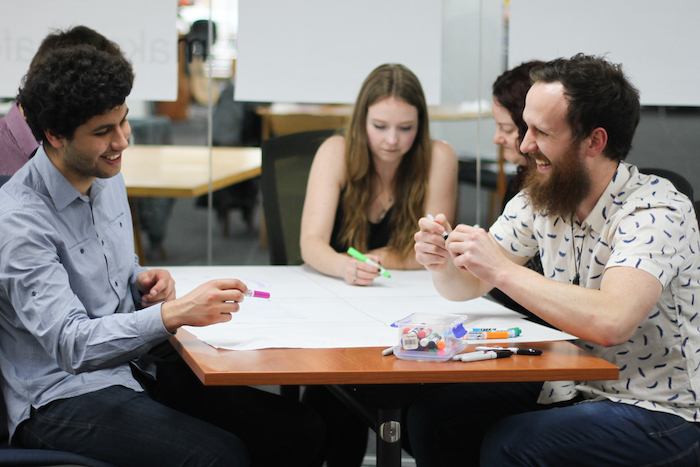 Prime your project for success with a free discovery workshop

Find out whether you're eligible for a free discovery workshop that will prime your project for success. 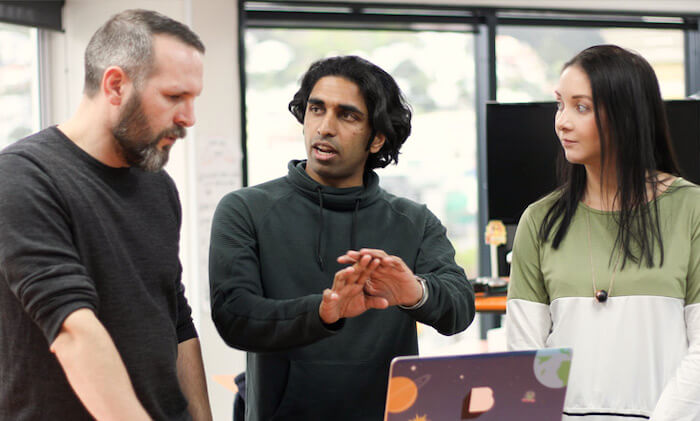 Wondering what it’s like to be a product leader on an XP project? Find out how to succeed in the Extreme Programming customer role.